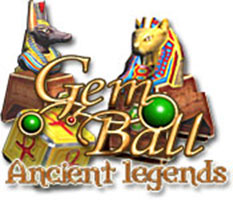 Gem Ball delivers a stunning 3D adventure where the myths of Ancient Egypt will guide you through perilous dangers to reach the goal of restoring the long lost gifts of Amun Ra. With a brilliant combination of arcade and puzzle elements, it´s not enough to simply keep the ball moving. You will need to follow certain strategy paths to trigger a chain of events to win. There are 150 levels and 2 game modes to challenge players of all ages! Gem Ball...it will change the way you think about brick buster!
http://freecasualgames.info/ 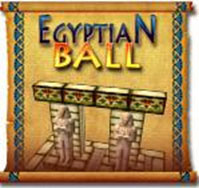 Egyptian Ball is a breakout game that will take you back to the distant past, to Ancient Egypt which was ruled by the most powerful people — the pharaohs. You will jump into the boiling pot of epic war of gods! The temples round about will be destroyed, and you will stand up face to face with those who will build a temple of new faith after deposition of all the enemies of a new pharaoh and his god to the fiery abyss!
http://freecasualgames.info/egyptian_ball_game_2/